"Battle Blues (배틀 블루스) is a Strategy Role-Playing Game developped by Shin's Entertainment (A.K.A. SHIN'S DECO) in collaboration with LG Electronics in 1996 who also helped publish the game.

Similar to Panasonic in the West, LG sold its own 3DO consoles in the Korean market. They went on to produce 3 consoles: the Goldstar 3DO Alive which was also sold in Europe without the "Alive" branding, the Goldstar 3DO Alive II which was exclusive to Korea as well as the extremely rare LG 3DO Alive II (essentially just a variant on the Alive II with the LG logo after the company was renamed from "Lucky-Goldstar" to "LG").

Battle Blues was never localized for a western audience as the 3DO did not sell well in the West, let alone in Korea." 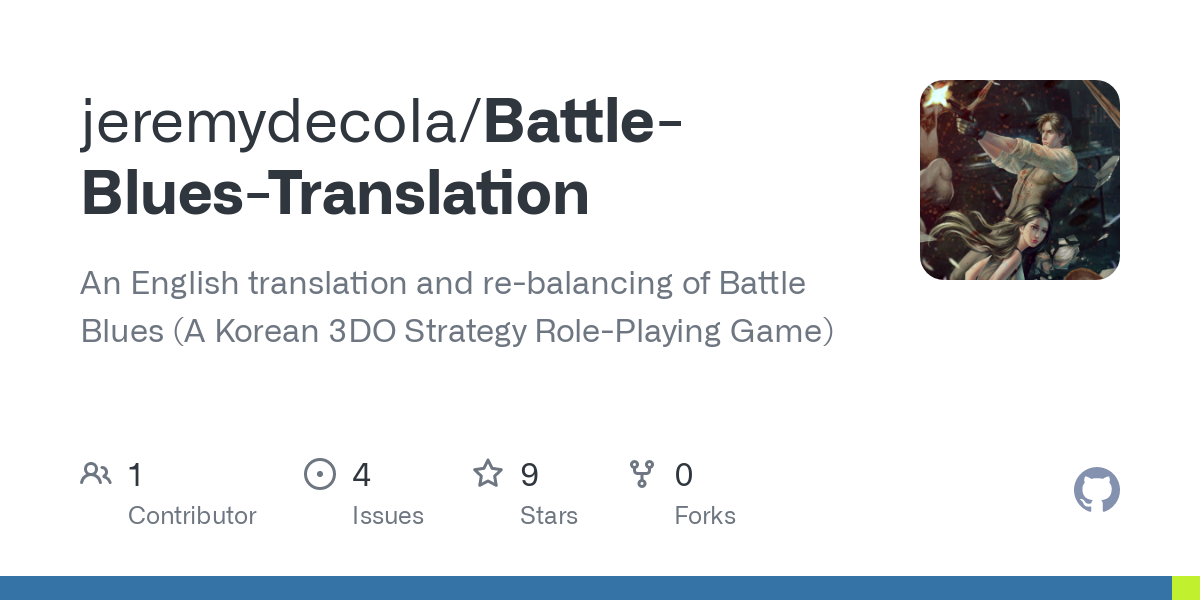 GitHub - jeremydecola/Battle-Blues-Translation: An English translation and re-balancing of Battle Blues (A Korean 3DO Strategy Role-Playing Game)