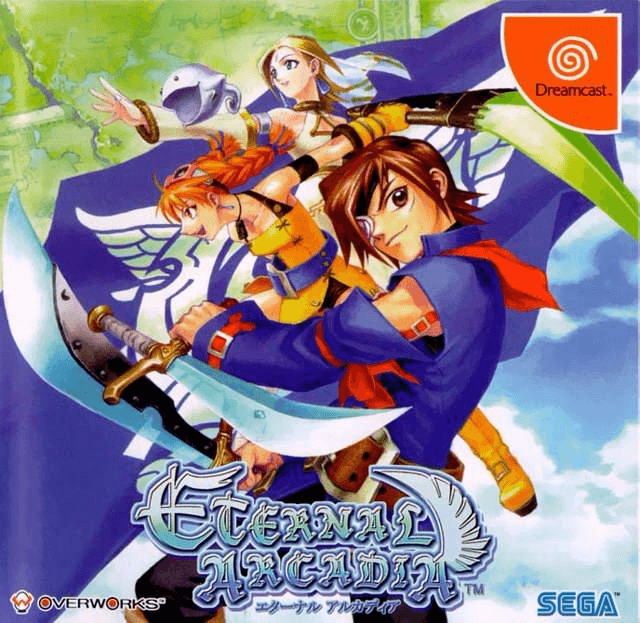 The version includes the original voices of the characters in Japanese, but for those who are attached to the English voices, it is also proposed with this dubbing. Personally I think that most of the screams of the attacks are better in Japanese, but this is only my opinion.
The game have subtitles in english, french, german and spanish, select by your bios langage option.

Here is the list of censored elements that have been restored in this version:

-Dyne and Willy (Gilder's parrot) characters now have a Cigar in every scene they appear in (except one for Dyne, but that's normal given the storyline), including in the introduction and game credits images.
-The victory pose where Gilder had his parrot that came to rest on the shoulder is now replaced by that of Gilder who takes out a Cigar. Note that this victory pose is triggered if you have a moderate amount of life.
-A new drunk NPC has been added on the sailors' island. He has translated dialogue lines.
-Belena's belly dancer skin is more stripped, taking the original artwork
-Vigoro's skin, when he heavily flirts with Aika, is also more naked, he doesn't have any armor anymore but a little tank top. He keeps this outfit when we face him afterwards.
-Blood has been added in the scene where Ramirez speaks to the heroes before the final fight."

Source: Skies of Arcadia uncensored version - Page 4 - Dreamcast-Talk.com
You must log in or register to reply here.