I' have started this project to know "how difficult could be a Saturn Developer in 90's". I was a videoGame developer but in the "new era" so the answer is realy hard! A good Saturn programmer is very skillful from my point of view.

So get back, the SonicJump it's not the new version because I have started this project in 2010 neither a port of javaMe version, I have programmed every method, secuences, videoManager, memoryManager, and other stuff; but what I have with all this mess? A new basic elemental engine for SegaSagurn! called JumperEngine

The game looks well;
Here it's the video on retroMadrid from a Spaniard friend.

And here it's the cover 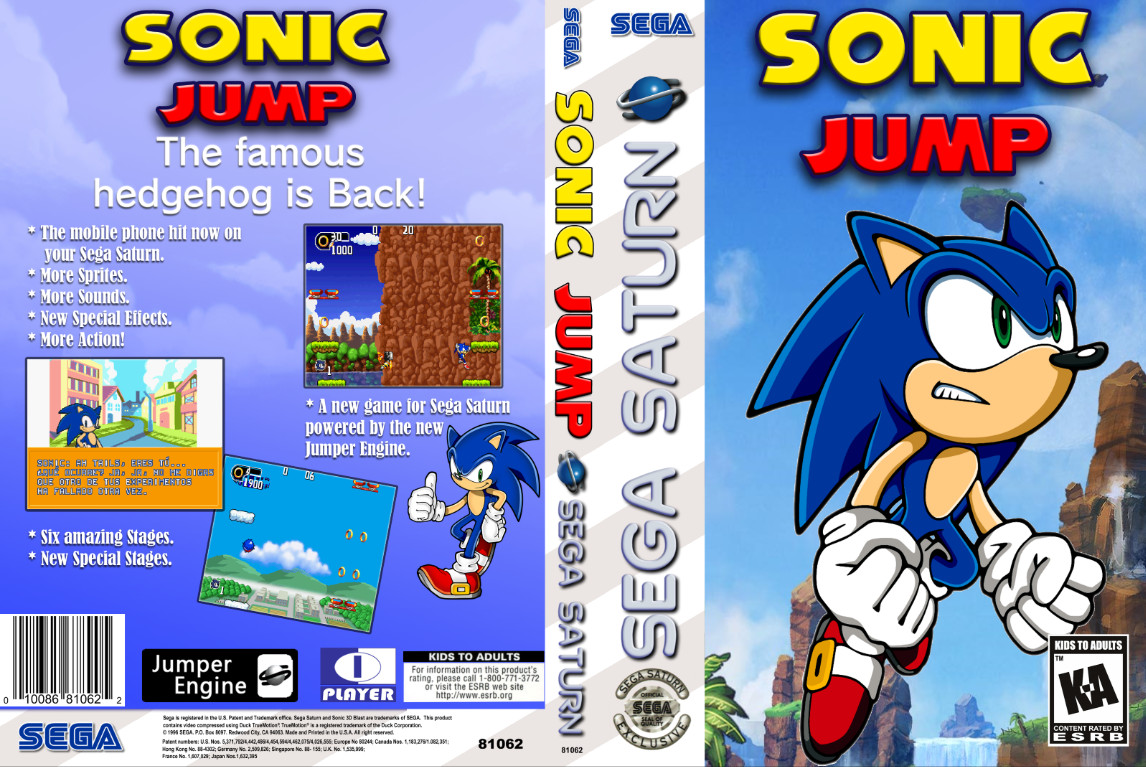 You can found the Demo in the IsoZone.

Yes with special stages(WIP) for emeralds.
I hope to finish the project soon; with the package included.

Did you use SBL/SGL?
F

Yes I did, the engine uses the SGL 3.02 version.
You must log in or register to reply here.

K
Help...Modify a scenes images from a V.G Advanced