The long road to modding a Saturn

Modchip aside, I decided to include a few extras in my Saturn.


First was a bigger battery box to replace the tiny CR2032. My initial build was a box which held 2 C batteries. You can also see the Action replay 4-in-1 I painted black.

However, after reading up that alkaline batteries probably wouldn't be so useful in the long term due to voltage drop, I looked into lithium options. There is only 1 lithium C battery available. Radio Shack sells it for $20 and it's 3v. Okay, so I'd need only one but still, $20... there are also adapters to use AAs in a C slot but, well, I hear they're crap.


Battery boxes are dirt cheap though and Radio Shack stocks one which is self-contained with a lid. To my joy, I found it was the proper size to mount directly to the back slot cover. I also replaced the stock wires with heavier duty ones that are bound together along the cord length.

Obtaining some expensive Energizer lithiums and installed. It's not quite as flashy but much more compact. Very little chance of it falling off, and if it does I left a fair length of wire inside tucked away.

This is reversible, not that I'd need to. I simply soldered the wires to the battery contacts. I bent the negative contact while removing the old box, thankful it didn't break off- wouldn't have totally killed it but would have made things complicated to fix.

And with the system open, I replaced that nasty green power LED with a blue one.

Staff member
Neat stuff. I like how you integrated the smaller battery pack; it actually looks pretty reasonable.
D

The AA battery box is $1.69 at Radio Shack and this is an easy mod. The cost downside is that Energizer long-life lithium AA batteries are about $10 a pack. There are apparently 2-packs of the batteries but stores don't stock them. 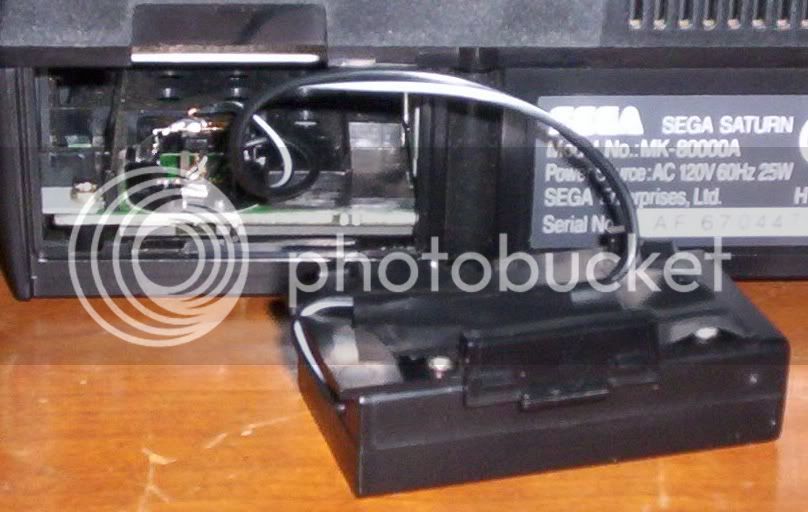 M
Did I just brick my Staturn with a Pseudo flash?