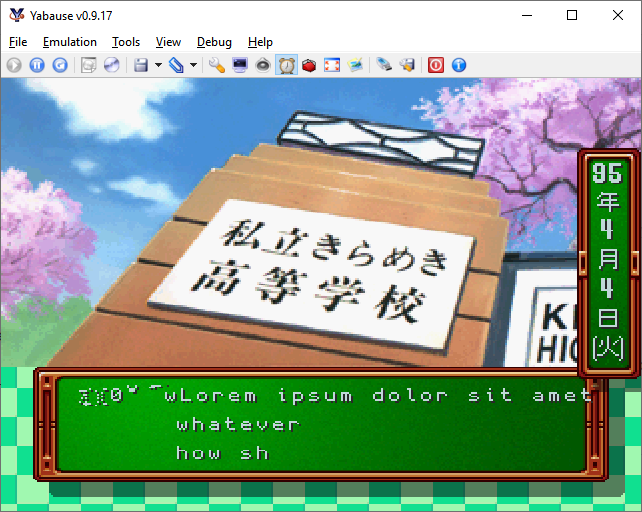 Hey guys, burntends here, recently I've been organizing a potential translation of Tokimeki Memorial on Saturn and hitomi2500 was kind enough to start working on the programming side of things. Currently, hitomi has figured out how text is rendered and stored, but in his own words, "the engine crashes when I'm messing with the text itself."

As it stands, hitomi could use another programmer interested in helping out with trying to fix the current hurdle he is facing. Attached in this post should be a link to his notes and what he's discovered so far. I have a few professional level translators ready to work on the script as we speak so this could be our best opportunity to have a full fat version of tokimeki memorial playable in english. He believes it's just a matter of putting in the man hours to solve the issue so please spread the word. I'm not a good programmer so I can't say much on what documentation we have so far.

Toki – Google Drive In this link there should be his notes about what's going on under the hood.
Last edited: Mar 6, 2022
You must log in or register to reply here.