"Nearly complete beta translation of Aerobiz ‘96, PlayStation version. Lots of untested formatting and not fully tested for stability, but everything should be in English except for the button graphics, which at this time, the patch author is unable to decipher the formats of. Help in finishing the testing, or especially with figuring out and redoing the untranslated graphics, would be appreciated!" 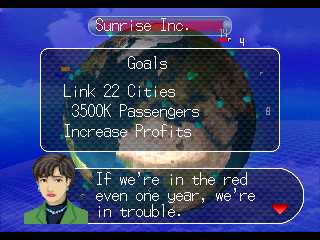 "Air Management '96 (エアーマネジメント’９６) is an entry in Koei's Air Management series and a sequel to Aerobiz Supersonic. It was released for the Sega Saturn in 1996. 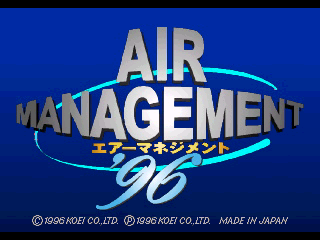 EDC/ECC needs to be fixed after patching if using Beetle PSX/Mednafen or real hardware.
If not, it'll fail with sector read errors, just an FYI.

www.romhacking.net
You must log in or register to reply here.