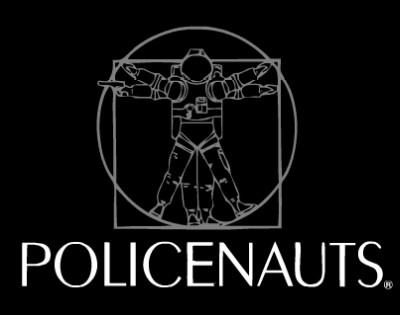 This is version 1.00 of the Sega Saturn Policenauts English unofficial translation. The following is a list of changes made to the original game.

- The code that controls subtitles was modified, giving us full control over them and enabling us to polish their presentation. This modification was essential as a cutscene and the bonus videos new to the Saturn version have no subtitles in the original game. This also enabled us to subtitle background dialogue not subtitled in the PlayStation patch.

- Graphical changes present in the PlayStation patch were implemented in this version as well. In addition, a graphic in the Prologue was changed, and an overlay was used to correct a typo in the ending cutscene. Overlays were also used in some of the bonus videos. Finally, the character nametags more closely match the in-game font.

- Graphical glitches fixed. The Saturn version of Policenauts did ship with a few of these - these glitches are no longer present.

- Graphical mistakes fixed. There were even out and out mistakes (i.e. icons signifying the wrong items, nametags given to the wrong character) that were fixed. Though these were very few, they were fixed as well.

- Inappropriate options removed. Some of the game options related to the text (including whether to display furigana) were removed where no longer appropriate for the English translation.

- Uncensored?! Yes, for whatever reason, there was a text choice locked (with no method to unlock) in the original game that we have made available. There is no code to enter; it is available from the get-go.

- We have made the game region-free.

- Character bios (summaries of information learned in-game) were removed from the glossary. In the original game, all of these spoiler-heavy bios are available from the very start. We attempted to implement a system whereby a character's bio is added only after they have been encountered in-game, but this proved unfeasible. In the interest of preserving the story, in the end we decided to remove these bios.

- Certain hard-to-encounter bugs present in the original game were not changed. These are:

1. The in-game options screen text becoming centered if the player chooses to save in-game, selects a save file, but then instead of saving OR selecting "Don't Save", returns to the previous menu by pressing the B button. This results in system text remaining at the bottom of the screen until an object is clicked on and in-game text replaces it. The system text then disappears, and the player can continue without consequence.

We did try to fix these, but there has to be a point in which you call it a day when it comes to trying to fix things that are A) in the original game, B) not-game-breaking, C) extremely hard to encounter without assistance, and D) likely to push back the project's release date by weeks or even months if you decide to fix them.

Source : http://policenauts.net/english/patches.html
You must log in or register to reply here.