Hey, everybody. Sorry to be barging in and doing the first-post-is-a-project-plug thing, but this is pretty much the place for Saturn translations, so I figured it'd be a lot nicer to let you all know about it personally instead of leaving it to someone else to repost it... 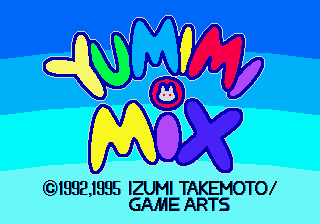 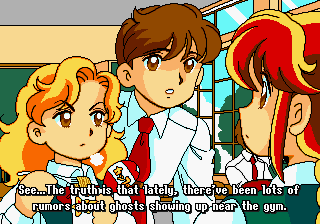 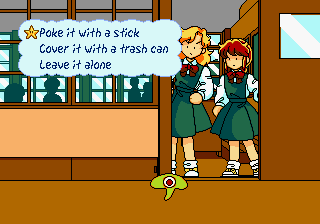 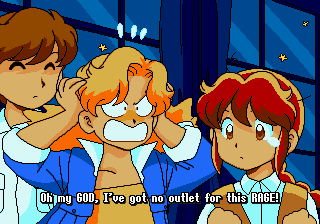 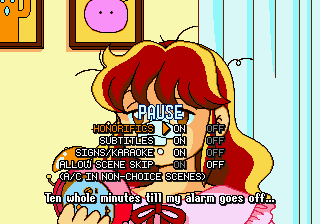 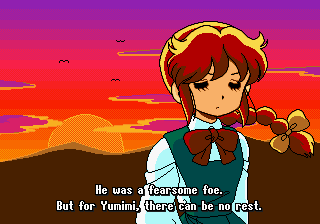 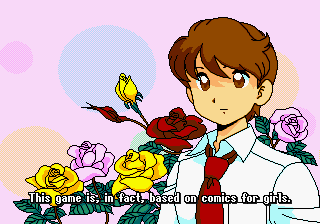 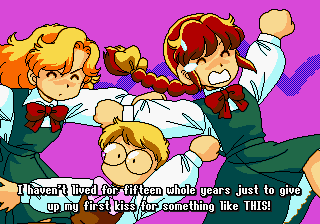 Here's a video of the start of the game, which probably explains it far better than any of my ravings:

In a town somewhere in Japan, there once lived a very average high school girl named Yumimi. Together with her best friend Sakurako and friend-cum-crush Shinichi, she enjoyed happy if very average days…until one fateful morning when, on the way to school, she witnesses a procession of ghosts(?) crossing the street before her very eyes! And then in the hallway, a girl suddenly latches on to her, tells her she has to "go stitch the holes," and – declares her love for her!? Suddenly, Yumimi's life isn't so average anymore, though she may soon be wishing it was…
Click to expand...

For those not familiar with this game, which is probably just about everyone, it's the Saturn port of Yumimi Mix, an adventure game for the Mega-CD by Game Arts (developer of Lunar/Grandia) in collaboration with popular shoujo manga artist Izumi Takemoto. It's billed as an "interactive comic", though I think that's rather underselling it -- it's basically a multiple-choice anime, with everything fully voice-acted and no text outside of menus. The original Mega-CD game was quite a remarkable achievement technically and artistically, boasting some of the finest animation seen on the console (if you've ever played the MCD version of Lunar: Eternal Blue, Yumimi Mix's engine is what powers the cutscenes). Much of the game frankly defies explanation and has to be seen to be believed; Izumi Takemoto's sensibilities are very bizarre, and I'll just say that things get very strange very fast.

As you might imagine, the fact that the game is basically an interactive anime with tons of voice acting and almost no text made it slightly difficult from a hacking and translation perspective. I built an extensive subtitling system for it that aims to make the game look as much like a subtitled anime as possible. It even includes some extras like allowing Japanese honorifics to be disabled through an in-game menu (please make note of this before complaining it's a "weeb translation"!).

This project has technically been in the works for most of five years, though only active for a fraction of it. I intially started hacking work on the MCD version of the game back in 2017, but couldn't find a translator at the time and ultimately had to give up on it. In the end, I never could get anyone else to translate it, but after years of studying Japanese, I eventually reached the point where I felt I was capable of handling it myself. So I did! I also moved the project over to the Saturn version, since it removed almost all limiting technical factors from the equation. All in all, it was a whole lot of work, but I'm pretty satisfied with how it turned out.

Now, this is basically a one-to-one port of a Mega-CD game, so if you go into this expecting anything jaw-dropping by Saturn standards, you'll be sorely disappointed. But the Saturn version was by far the best option for translating it, so that's what I used. Try to judge it by the standards of the previous generation...please?

As a final caveat: This hasn't been tested on real Saturn hardware because I don't have the ability to do so, so if you try...well, good luck, and let me know if it actually works. As noted in the readme, I also didn't region patch it, so you might have to do that yourself depending on your setup. In any case, this definitely runs fine on Mednafen and at least seems to work on Yabause, though I didn't test that thoroughly.

Well, that's all I've got. I know it's not much as a Saturn game, but I hope a few of you will give Yumimi a chance. It really is an excellently made game on every level, and an experience like no other.

Thank you based Supper!

By the way, if you want to provide a patch that supports virtually all possible source discs and/or disc images, check out Sega Saturn Patcher hosted right here on SX.

A multi tool patcher designed to create Sega Saturn CD images from CDs, as well as apply region free patching, or create/apply hacks or translation patches using the new SSP format. This patcher tries not to rely on specific rips, making it the...
segaxtreme.net

Staff member
If you'd like we can put this up as a Resource post and make this a discussion thread for it? Resources don't have to actually host the downloads here or anything like that (though you certainly can!), and can just link to your official site for it.

This is absolutely awesome. Can’t wait to see what you have next.
D

This is excellent work, supper!

Been a while since I looked at the game but as soon as I looked at the artwork, I was instantly reminded of Game Arts. They also developed Daina Airan for the Saturn, which is just as cute.
B

I made a quick video on it and it works properly :

Thanks to you and you beta tester

Ah. Add this to the list of games that use SCSP FM synth...

This is really cool, Thank you for your excellent work.

It works on real hardware! US model 2, bin/cue played from Satiator. Played all the way through to the end once.

I can attest to this working on the satiator, just amazing work i'm really floored to see something like this getting a translation.
amazing work, many thanks for this!!
G

I always wanted to play this game but now I can understand much better !!! Thank you so for this awesome patch !!!

BTW everyone should check out Supper's romhack of Layla for NES, it has great level design and music. He really pulled out all the stops for this one. Layla: The Iris Missions - stargood
You must log in or register to reply here.