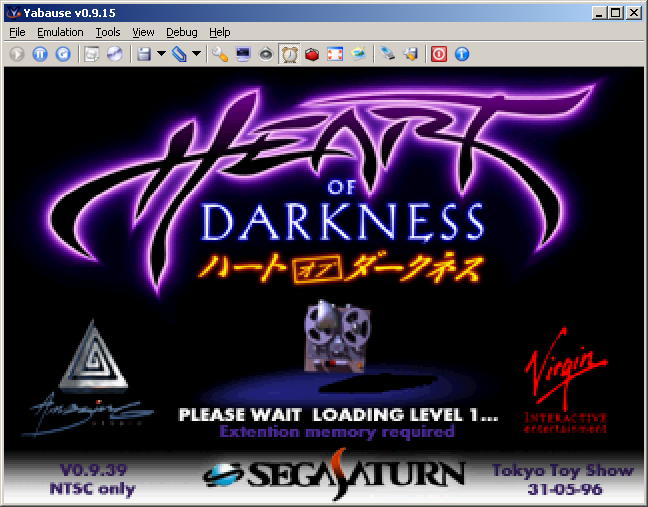 It was already released in September 2017, right ?

Staff member
maybe, i was almost sure, it was new at least i can say it boots on mednafen 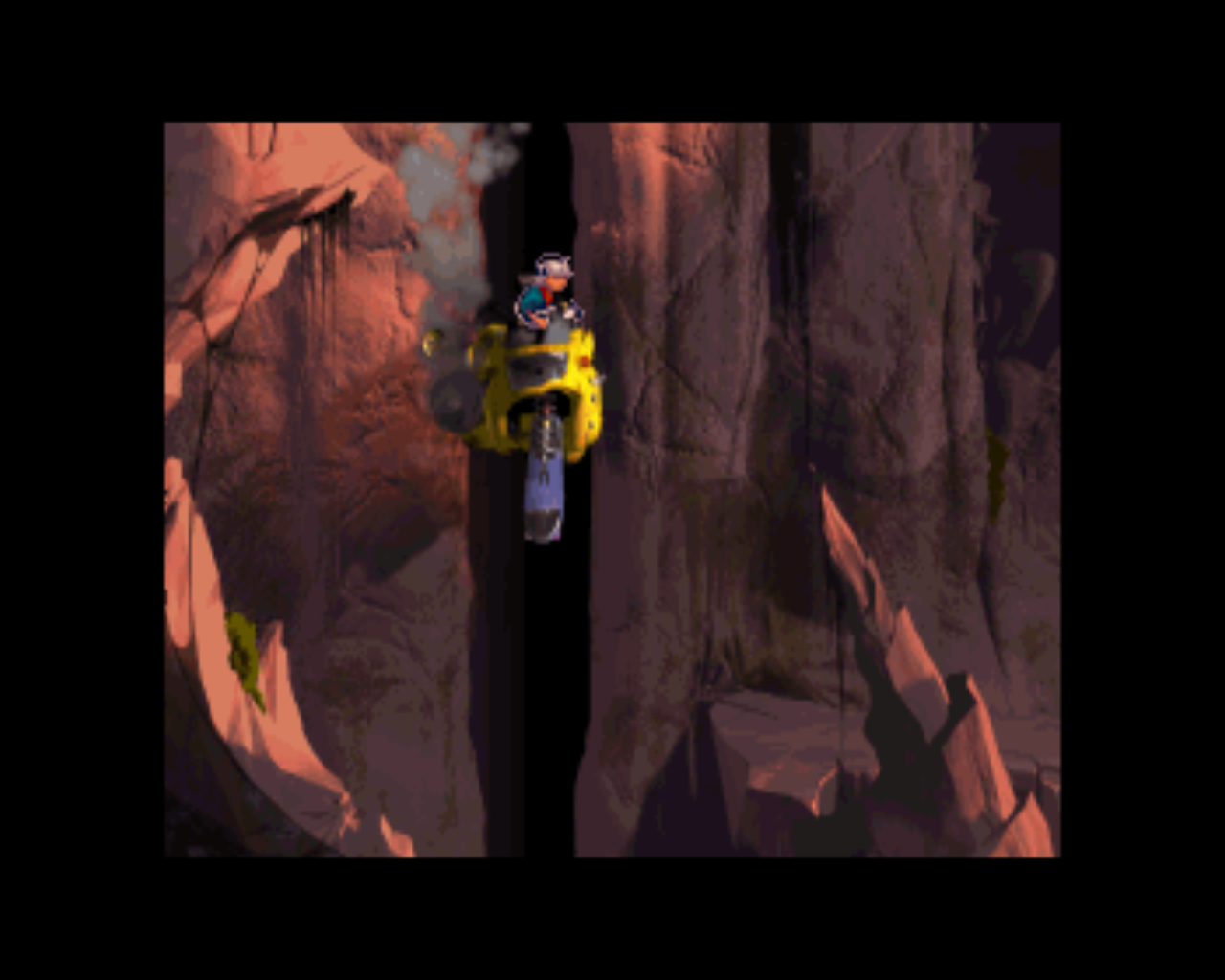 I threw together a Heart of Darkness Saturn page covering the development of the game and everything that happened. There's some media, including some 1995 press assets sent out to promote the game during that year.

I honestly somehow missed this getting released when it did also!

I remember well of the time the dump was publicly released, because AMOC (who dumped and publicly released it) asked me if I could provide a cartridge to play this game on stock hardware ... but unfortunately I don't have such cartridge.
From what I could see on link in first post, that's the same archive.

Corrected my article!
B

Thanks VBT I'm going to test it with Kronos

It seems it need a specific memory to launch it (going in game)
Last edited: Feb 3, 2019

If possible, can you also please fix accented letters as quoted below ?

In advance, thank you for correcting the article

Benjamin Siskoo said:
Thanks VBT I'm going to test it with Kronos

It seems it need a specific memory to launch it (going in game)
Click to expand...

IIRC, it needs cartridge type set to "32Mbit Backup RAM" to work; I just verified that this made going through loading screen and didn't tested in depth.

Fixed. Thanks for the correction.
F

Hi all (my first post here), i´ve waiting for this day years!. This proto wasn´t available until now, in 2017 only a few people acceded to it as far as i know due to tries to do it run. Even i don´t know if the new owner finally got it (he was paying a lot of money for the disc and wanted to release it).

Does anybody knows if it will be possible to make it run on a stock Saturn?, in Yabause it runs but i must select '32mb ram', it´s crazy. Teorically i mean, any chance?
@vbt , once i read you say you are a Saturn wizard, could you break this huge spell? lol

Finally i want to thanks @chakan for his article, great reading.

Any idea if the remaining and sold prototypes will finally surface?, for example Bedlam is out there since years and has been showed in several expos, the same for Prize Fighter. It will be nice to know what happened arround this HoD release and why now.

Staff member
just wondering, what was the use of the 16Mb cartridge ? the psx version didn't need it to run the game.
also on some magazines the game was running in high resolution, on this proto there is no reworked gfx usin 704x___
F

I think is due to poor optimization, it´s rare that a console like Saturn couldn´t handle this 2D game, maybe the developers dind´t know how to work fine with the Saturn desing.
The person who upload it to HP included this note:
Notes
The game seems to require a 4mb ram expansion to work properly; also, it doesn't work without a second controller connected, which is used for debugging.
I tryed with my Action Replay Plus and two controlers conected but nothing, must i push any secuence or something in order to access to the debug mode? any got lucky?
A

A Murder of Crows

I released the image at christmas in memory of my friend Don.

A Murder of Crows said:
I released the image at christmas in memory of my friend Don.
Click to expand...

Thanks A Murder of Crows, my condolences for Don, I saw he passed aways some monthes ago.

Staff member
i'm trying to hack the game to boot with a 32mb cartridge, at boot the bios check the card at 0x24ffffff, the value is 0x5c (as defined in the doc) i guess it should be 5b for 16mb but when the game is started it never reads the card id at the previous address, so where it gets the cartridge size ?

This is a development cartridge, so I suppose it doesn't features any ID to detect its size and instead the game does some kind of memory configuration and test to verify that cartridge can be used ?
BTW, from what I could see a long ago, the game uses cartridge memory until 6MB offset, so it may not be possible to make this game fully working on Action Replay (4MB) : that doesn't means it can't be hacked for making it playable, but that will be at the price of limitations such as corrupted graphics and/or crashing at some moment in the game, etc.
B

It's now playable on Kronos
F

The ideal thing would be play it on Saturn, the real sensation. Sadly this won´t happen, so nice to see it working on emulators.

Fandu said:
The ideal thing would be play it on Saturn, the real sensation. Sadly this won´t happen, so nice to see it working on emulators.
Click to expand...

maybe with a homemade card/devcard
You must log in or register to reply here.

Writing to the Action Replay?