Do you guys remember when Virtual Reality first came out? Pre-Lawnmower Man? I remember the arcades that they had! When it first came out at the CNE We had to pay like 10 bucks a game... BUT ####! IT WAS WORTH IT!

They had this 1st person shooter 3d VR game (u know with the vr helmet and the platform and joystick sorta thing... ) and the guy teaching me how to play gave me all the hints to get the full experience...

There was this one time i climbed up to the highest point in the game level and then this pteradactyl swooped down and snatched my arse up. The guy then told me to look down. Once i did that, WHOA! Total head rush man! It was soo dang real. I still feel the G-forces that i felt then.. man.. Memories of great times sure last a long time huh?

Anyway, I'm just kinda peeved that the whole VR concept hasn't really taken off as well as it should've... SURE, it's kinda expen$ive right now for it to be in consoles, but it's been over at least like 10 years or something right?! Cuz last time i played VR i was like 10... Anyhoo, i'm just wondering... IS THERE ANYONE ON SEGAXTREME INVOLVED IN THE ADVANCEMENT OF VR? Cuz if there is, i'd love to hear about its future...

Well, tell me what you think of the whole VR thing.

hehe i remember playing vr games at dave/busters. i really didnt think it was all that great...anyway. im pretty sure it won;t be that hard now, with all teh advanced first person shooter engines. even with original doom, you could hook up 3 monitors (w/computers on network) and do a left/front/right perspective. it probably wont be all that hard. the only thing that might get in the way is, getting people interested. again.
F

I don't think VR caught on because it wasn't very good. The graphics by today's standards were sub-par, all the VR games I played sucked hardcore, and those VR goggles were blurry as #### around the edges.

VR by the old VR standards was just having TV goggles on your head while you played an FPS. Not all that revolutionary to me.
C

I want VR ala Total Recall-style.

haha, i used to laugh my ass off at those dude's in the pods, jerking around looking back and pointing their gun every which way, it's still funny, hehe
S

Actualy thier is some new type VR units coming out. I read it in an article about three months ago, the units will be able to use a couple normal and well know first person shooters such as quake 3, Unreal tournament, and some other games I can't seam to remember the names of.

Sorry, I can't remember much about them, and I could try to find the article again but I have 200+ games mags, and recently about half were thrown away.

Anyways, just wanted to let you know that new VR units are comming out.
J

cool.. but i meant like something more IMMERSIVE...you run on a track to control you character's movement. IR sensors monitor when and how far and how high you jump. Obviously, you'll have some safety harnesses... lol... this won't make it to console.. Arcades maybe... too big your gun would be pointed against a screen much like those games back in the game where they can sense your trajectory. the helmet you put on has the traditional "fps" view with the cursor, improving your aim. Would'nt that be a neat idea?
S 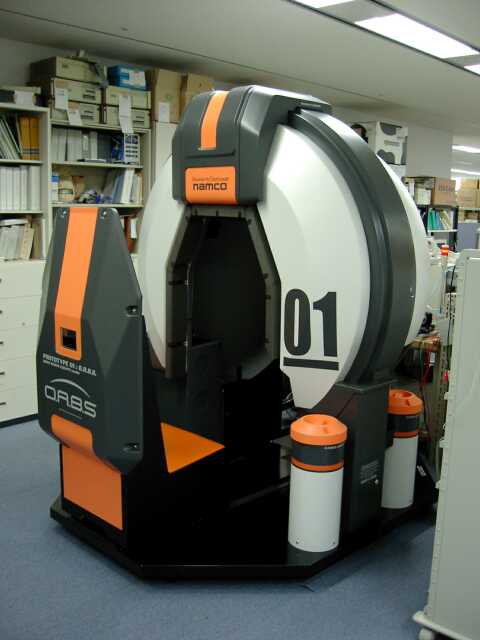 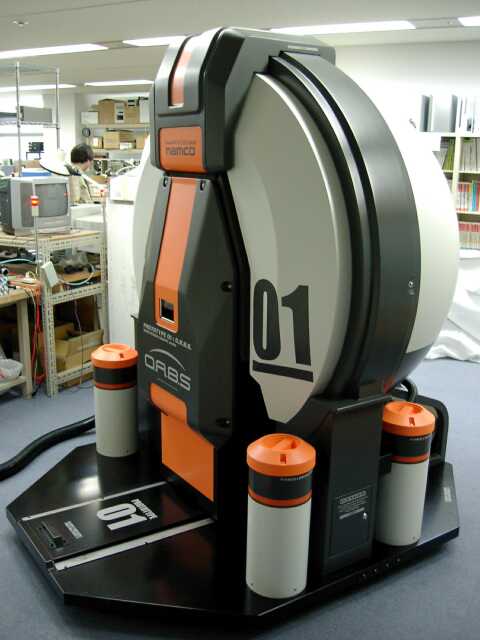 Namco + VR would be a verrrrrrrrry good match

I would like to know some news of VR future if anyone is involved in such an operation...
N

Me and a friend of mine pissed around in a VR thing once - it was very old, flat-shaded polygon world thing. In fact, it was one of the more famous ones... the one where you would look up and a pterodactyl like thing would swoop down at you. Immersive but really damned ugly.

It was fun to watch the people in it though... flinching around in a little enclosed area with a headset and wires. I think the motion sickness warnings were funnier, though.
E

Erm... AFAIK the Soul Calibur hardware is System 12, which is basically a PSX with a slightly faster CPU, more RAM, and I think some additional sound stuff. If there's anything sexy about that, it's got to be the software...
S

Erm... AFAIK the Soul Calibur hardware is System 12, which is basically a PSX with a slightly faster CPU, more RAM, and I think some additional sound stuff. If there's anything sexy about that, it's got to be the software...
Click to expand...

Hey JC, I remember all those 3d games, a good one was where you'd fly an ally plane against the red baron, at the base of the CN Tower.
T

I remember the early 90s when VR was the "next big thing" (behind FMV of course). I just remember everything from that time period being really dull and blocky. It wasn't very impressive.

I'd say we're about 20 years away from real practical VR in everyones living room. Although seeing something like the Jaws sign in Back to the future II would be really sweet.
J

hmmm... guess someone kinda "stole" my idea already... lol.. although, my idea implements something more interactive. guess they haven't thought of it yet! hehe!

S
How to add sprites in yaul?