Download
Overview History Discussion
This is an English localization of 1997 Enix game based on popular Japanese kids' TV show Ninpen Manmaru (Ninja Penguin Manmaru).
Continuing work started all the way back in 2001 by Simon Fang, Alex Kid, and cafe-alpha, this version adds localized graphical elements, such as title screen, menus and error messages.

What's localized:
- All cutscenes, including the ending are translated.
- All menus and graphical elements, like level transition screens, are translated. 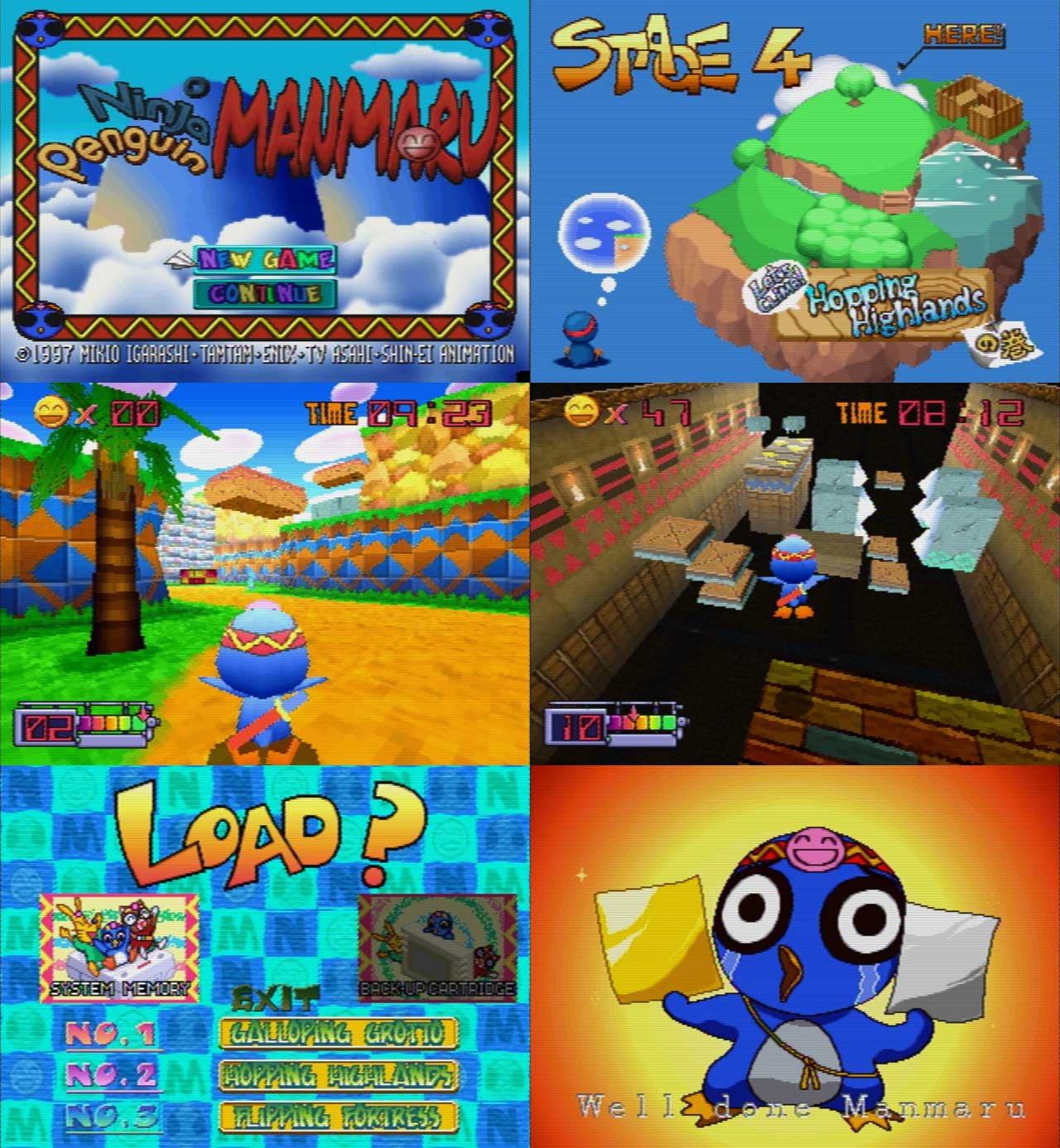