Some may already be aware of this but I figured I'd make a thread for this now that the main game is done. I've been snooping around Digital Museum for the past year or so now and as expected there's a lot of similarities with file formats. As a result it's not hard to adapt the tools I made for the original game to be compatible with Digital Museum, as well as make new tools for actually editing the data this time.

These new tools are required as there's no existing translation of Digital Museum to leverage this time. This will require an actual translator at some point once I get the tools all polished and figured out. My goal is to have the tools in a state where I can just give them to a translation team that can use them to work directly with the games original files to translate at their own pace. Then they can either have the tool export to the final game data format, or send me a saved JSON file I can use to export back into the games format.

So far here's what's been accomplished:
What still needs figured out:
There's probably more I'm forgetting at the moment, but this is still a very early project. I'd like to try and have a demo ready for this years competition, but I'm not making any promises. But for now here are some screenshots showing what I have so far.

Script Editor showing a google translate translation being injected into the game: 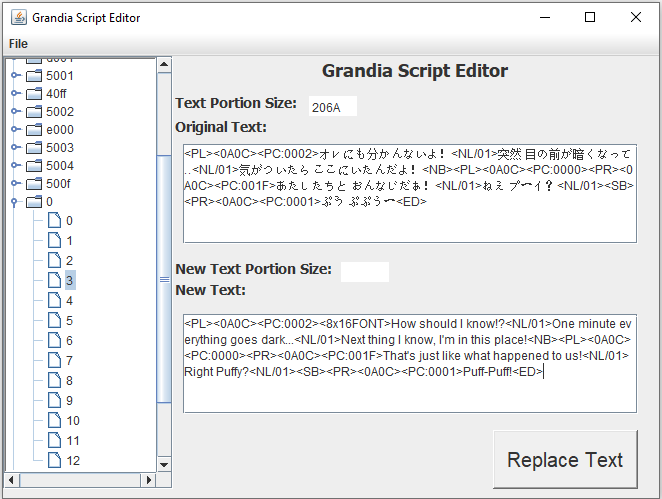 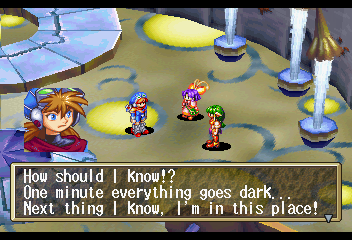 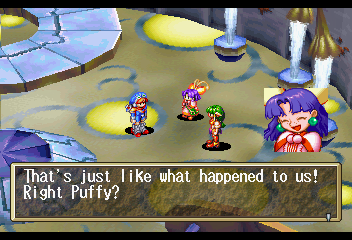 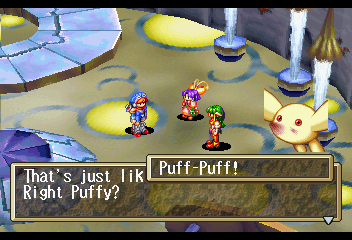 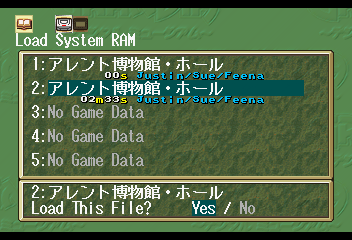 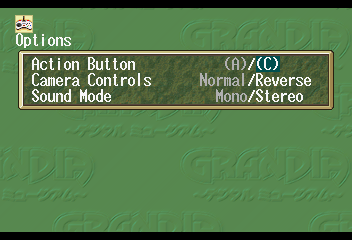 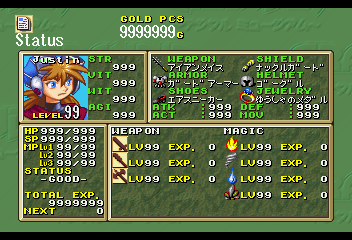 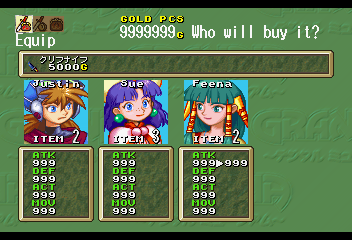 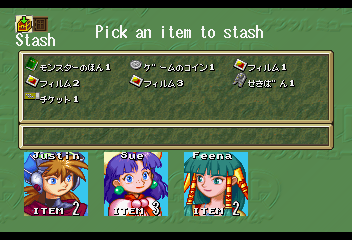 Why did you need to write a separate script editor? Did Kruptar not cope with this?

paul_met said:
Why did you need to write a separate script editor? Did Kruptar not cope with this?
Click to expand...

Because in the amount of time it took me to try and setup Kruptar to work with Grandia's files I could write my own tool that worked directly with the game's data files. It also has the plus side of just handling Grandia's quirks while being a bit more straight forward and easier to use for the end user.

Again, the goal is to be able to give this tool to a translator who doesn't have a lot of technical knowledge to allow them to directly translate the data.

We did all our projects with the help of Kruptar. This is a universal tool that can be adapted to almost any game (the main thing is to figure it out once). I consider writing your own script editors a waste of time when there is a more convenient and powerful tool. But the choice is yours.

paul_met said:
We did all our projects with the help of Kruptar. This is a universal tool that can be adapted to almost any game (the main thing is to figure it out once). I consider writing your own script editors a waste of time when there is a more convenient and powerful tool. But the choice is yours.
Click to expand...

Sure, but being a universal tool also makes it so when there's something quirky in the data you have to put a lot more effort into setting it up to get it to work with the data correctly. Grandia has a lot of odd quirks and one-off situations in it's data. Trying to configure a generic tool like Kruptar to work around that takes a lot more time and effort when I can just write a tool in Java to understand all that directly.

The bulk of the algorithm was already known from converting the PS1 data to the Saturn format for the original game, so I was able to leverage that and put a little more logic in to make a script editor. Plus being written in Java means it can effectively run on any computer regardless of the operating system as long as the person has Java installed.

I'd be happy to do any tile/art work, and I have 2 resources for translation but I don't think either would take on HUGE amounts of text but theyd likely both be happy to help with mini game translations.

, but the emulator (Yabause) has graphic error, but the best graphic too and the Yaba Sanshiro 2 sometimes graphic error in battle.
I can translate from english to german, because i love the old charm from the PS1 Version what I'm missing in the remastered version.
I would stream this game and this was in german perfect for me... when the game is finish in english, then I say best regards to you

Hey Trekkies. I have been starting to play Digital Museum again and I did not realise until now you had started a thread to translate it too! Looking promising so far. How have you been getting on? Are you anywhere near a test build? While I managed to make a slight hex edit before, I probably am not too much help besides testing but let me know if I can help in any way. I have played through before while holding Google Lens up to the TV so I know the gist of the game's story.
You must log in or register to reply here.