Since I've made a decent amount of progress since the competition entry, I'll officially announce this one and keep a status here.
The plan is to translate Lunar 2 using the PSX as a basis. Not sure if a dubbed or subbed version will be released first, depends on free time & difficulty.
I'm putting Lunar 1 mostly on hiatus until this is complete. 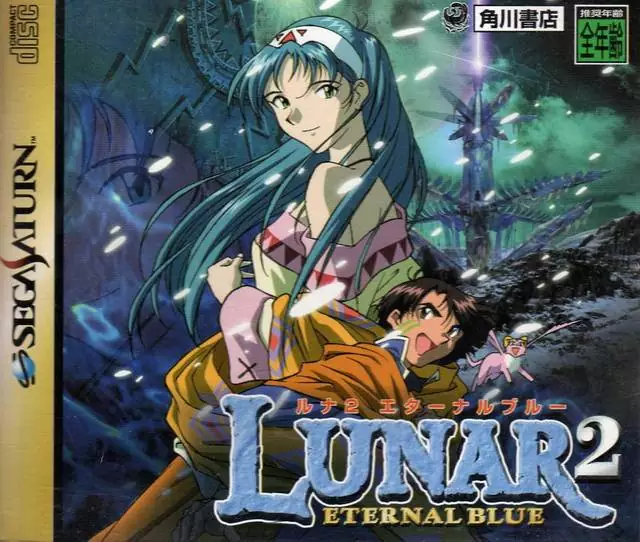 Scripting:
Action Scripting: 50%, Format decoded, need a tool to update if we release a dub. (WD Subtitled Audio differs from JP Subtitled audio, more Timed Dialogs, more commands to insert). Does not impact a subtitled or undub version.
Action Script updates to use WD Audio: 0% (Corrupts the screen if everything doesn't line up, cleared after a single battle).

Menus:
System - 95%, need to adjust some text placement.
Battle/Shop - 90%, have a few minor glitches to clean up.

Subtitles:
Decompression: 100%.
Compression & Re-encoding: 0%
Adding subtitles to videos that didnt previously have them: 0%

Audio/Movie Dubbing: 0% Havent looked into it, in theory the tools are already there to do it... (Current plan would be to reuse WD audio)
Last edited: Jul 29, 2022

Staff member
Awesome progress so far! Looking forward to this.
A

Mr Conan said:
I'm putting Lunar 1 mostly on hiatus until this is complete.
Click to expand...

*internally dies on a frozen planet*

Very good to see such progress on the second game. Thanks for the excellent work.
J

This will end up being the best version of this game to play.

The Saturn version is really nice with the loading times and transition of battles. I saw this a year ago when I played the Japanese version the whole way through.

Super stocked for this. Saturn version is much better than the PlayStation version.