Been chipping away at this for a while mostly sorting out the documentation of the data and translating all the text. I don't know why I keep picking games that are so text heavy (something I didn't expect in the racing genre) but I am a HUGE fan of the Genki games, and you can tell they build off of this to make their later games like Tokyo Xtreme Racer and Import Tuner Challenge.

This project would have come to a dead stop if it weren't for Nanish1. He coded tools to split the compressed files, extract the data, recompress the data AND remerge the files AND update the tables. Huge thanks to him, and here are the tools he made:

Extra special thank you to Laquerware for translating the spoken dialog on the movies. Shadowmask is going to subtitle them with that info.


Added a quick translation quip on the title screen. I plan to "English-ify" the logo after I find it. 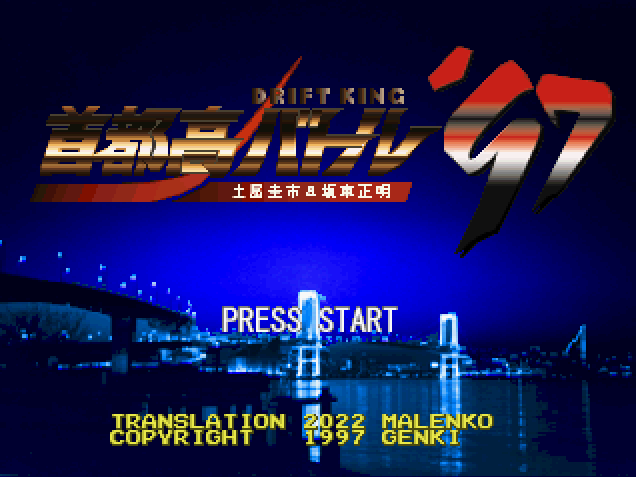 All of the save menus are done 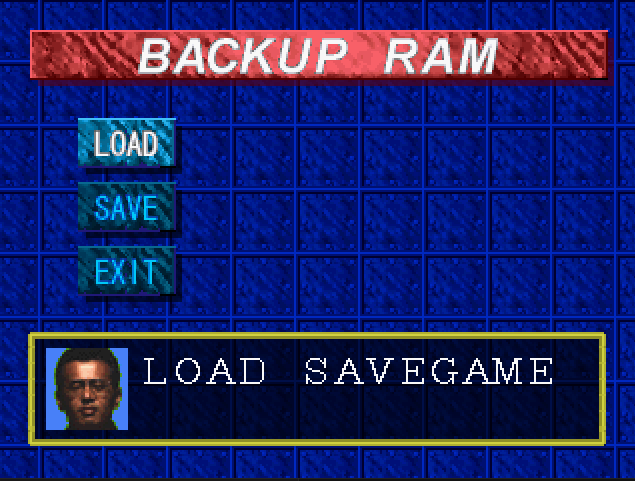 WHile the tile work isnt done on this screen, the text below makes it 100% usable 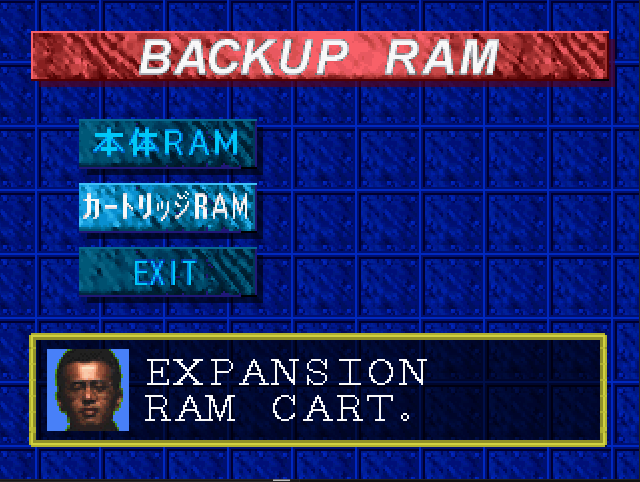 About 2/3rds of the racing parts tiles have been translated, recompressed and injected into the game
most of the descriptions as well 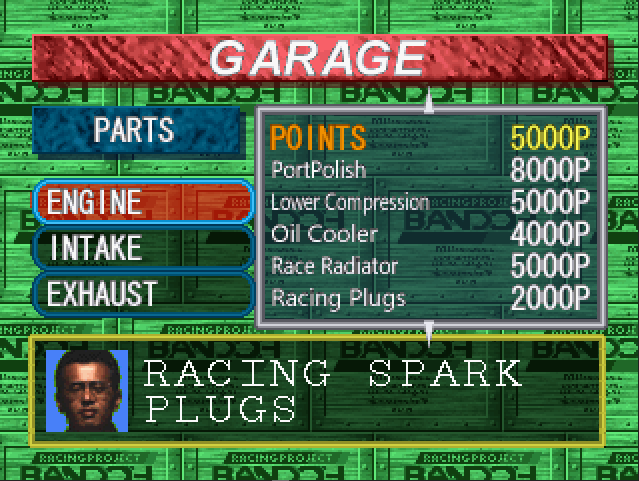 Just not all of them, merp. SO.MUCH.TEXT. 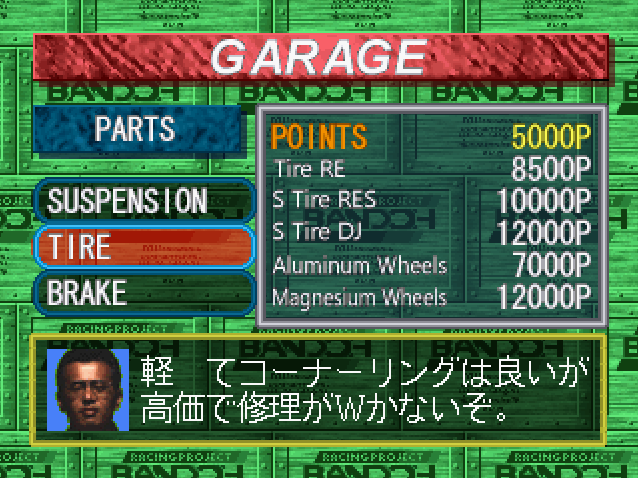 After the Garage area is done, I'll move on the pre and post race dialog for the rivals. The garage is without a doubt the biggest pain in the ass part to do, so I want to get it over with. The Walrus will of course be in the game, I'm trying to make Pandamonium's running a joke a reality when I can.

I plan to release a public beta when the garage portion is complete.
Last edited: Jul 22, 2022

There is also a Type-VW ,its a classic Volkswagon Beetle , it has the horsepower of the R32 but half of the weight.
Assuming you have to beat everything to unlock it. One is yellow, the other is pink and has a "Magic Kiss" logo on the side.

There are unlockable liveries for all the other cars as well.
SX = White with no logos
SV = Grey with no logos
MR = Dark blue with motorport logo


I also will not be editing the car names in the data, there's a menu option to do it in game. 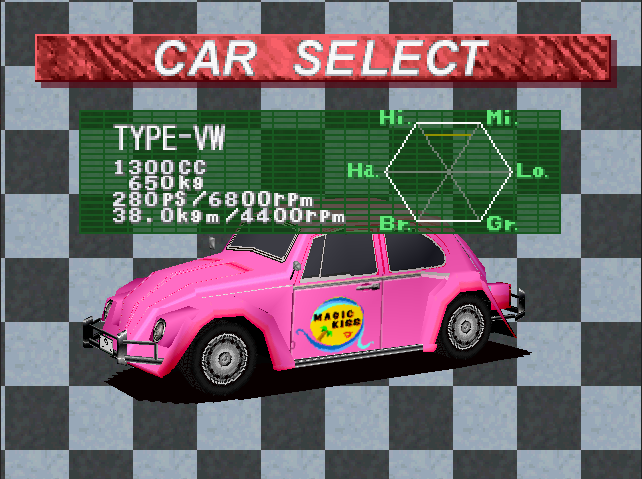 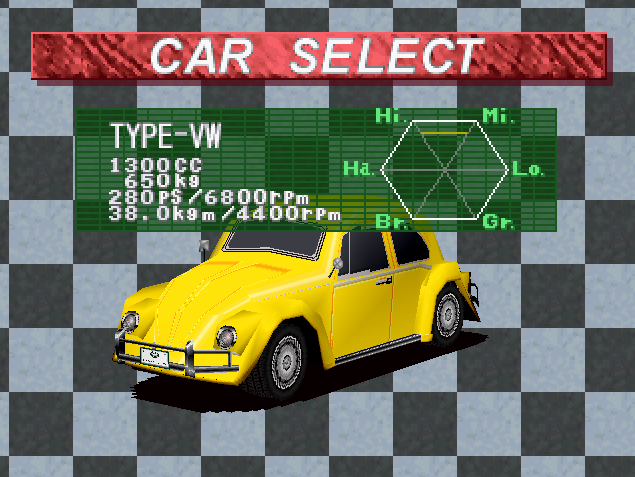 What a great week first baroque gets updated and now this! I'm rooting for your work and can't wait to play it once it's finished

Thanks to derek's byte searching tool: GitHub - DerekPascarella/ByteSearch: A utility to recursively scan a folder of files for a known byte string.

I was able to locate the title screen graphics without having to manually search all 1,015 files. 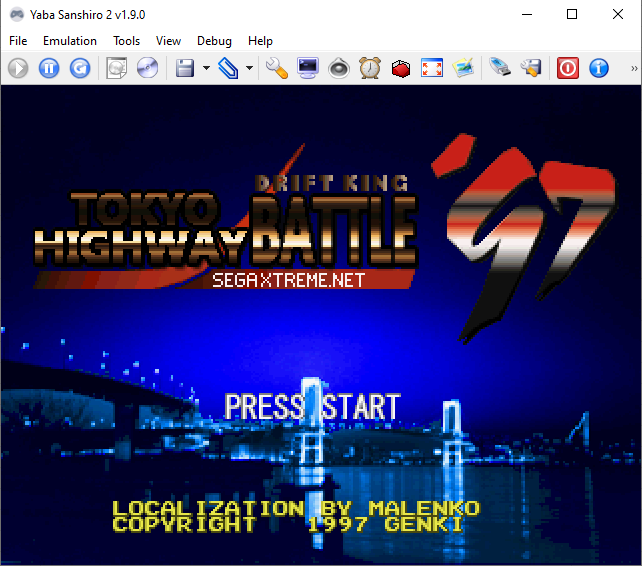 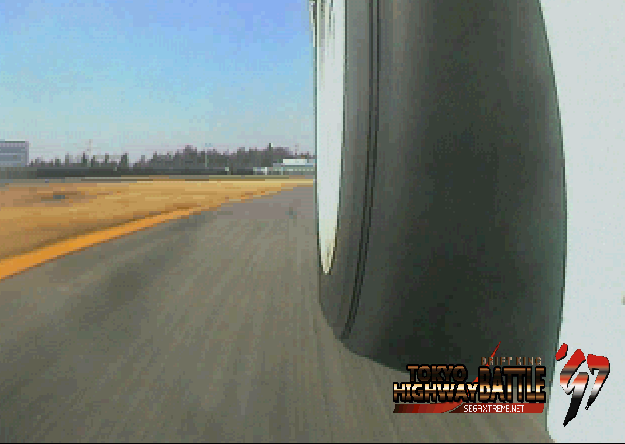 its slightly scaled down so you can't read the segaxtreme part but still less work for me.


I finally finished all the "garage" parts tiles, the descriptions still need done next, but I want to finish all the menu text first. 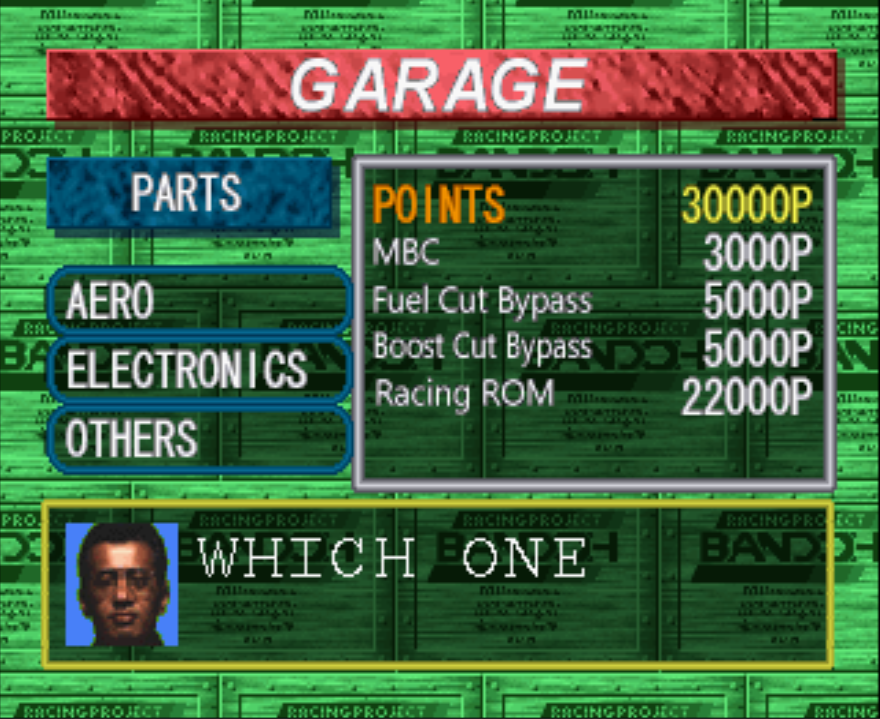 I will be rewording most of the descriptions , they typically translate into text strings that are just too long to fit in the space provided.
Side note, the Fuel Cut Bypass is THE most important part to get, it basically turns off the speed limit of 180/kmph


Editing the Japanese glyphs into 2 character English tiles does have funny results while this is still a work in progress. 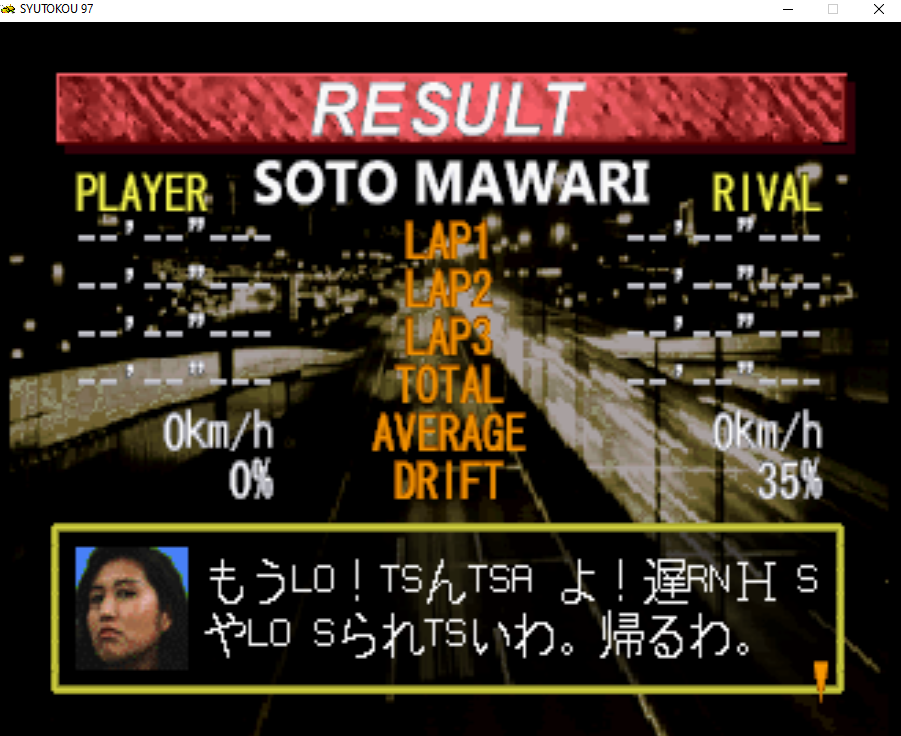 Started the new tile work for the parts descriptions. This allows me to go from this: 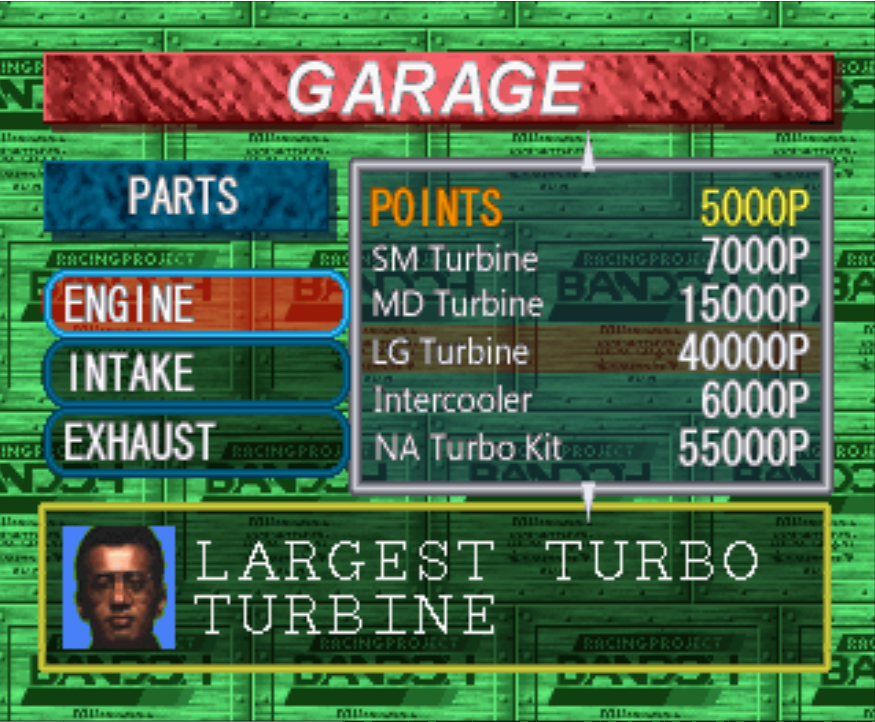 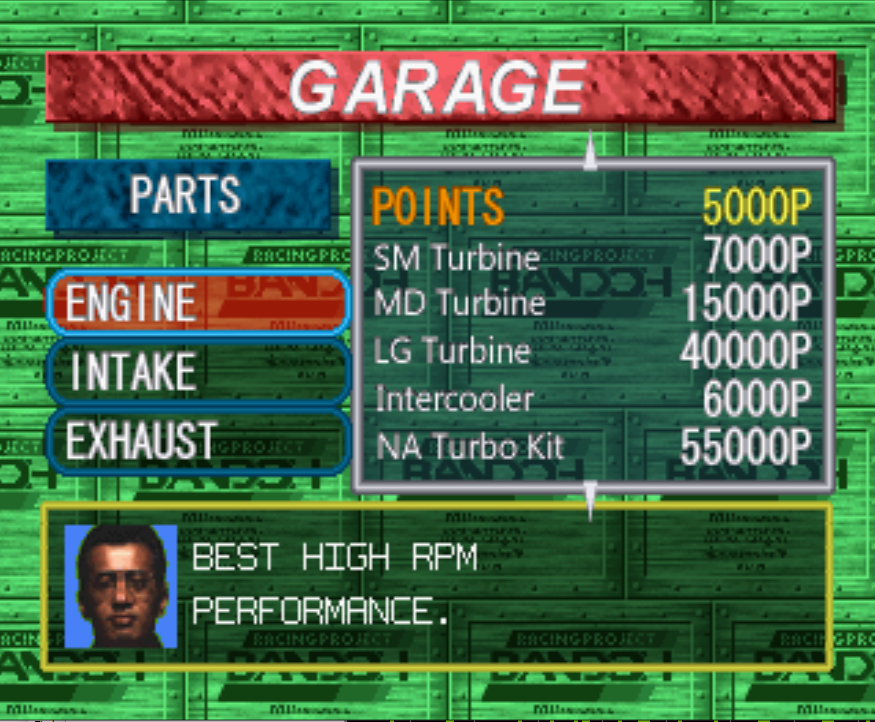 This description is more in line with both the PSX localization and the actual Japanese translation. Only 69 (nice) descriptions left to get through.


Process goes:
1)find existing text strings
2)make a list of the next 20 or so glyphs
3)alter existing tiles into 2 English letters
4)hex in the new values where the text strings were
5)fix all the hex values I entered in wrong 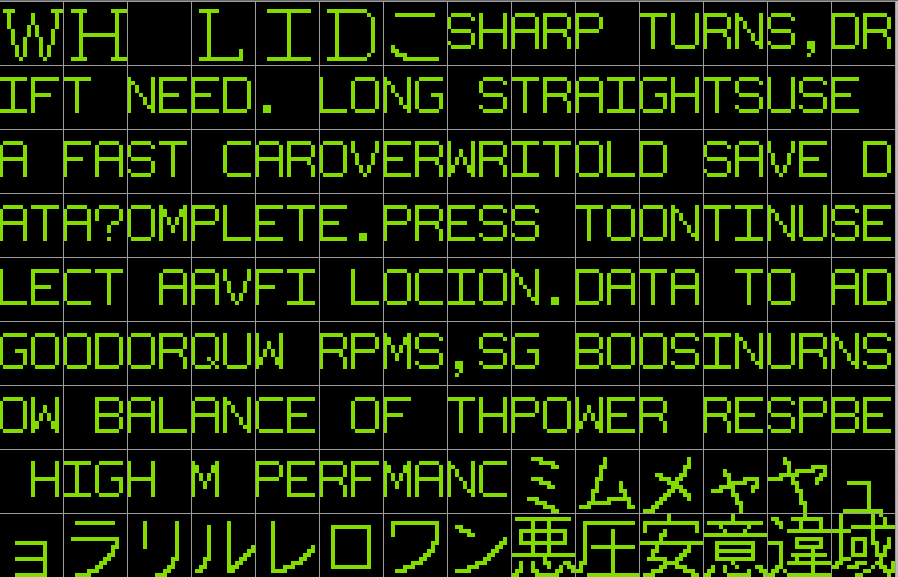 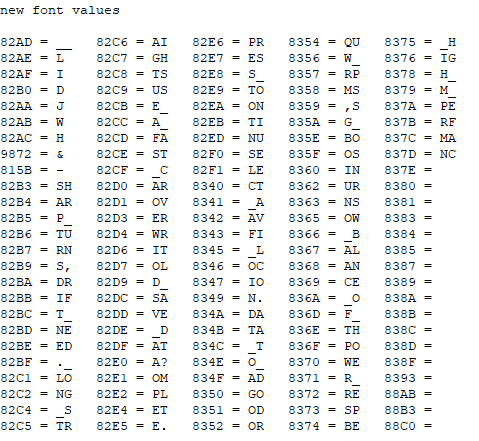 I also found some of the overlay tiles too: 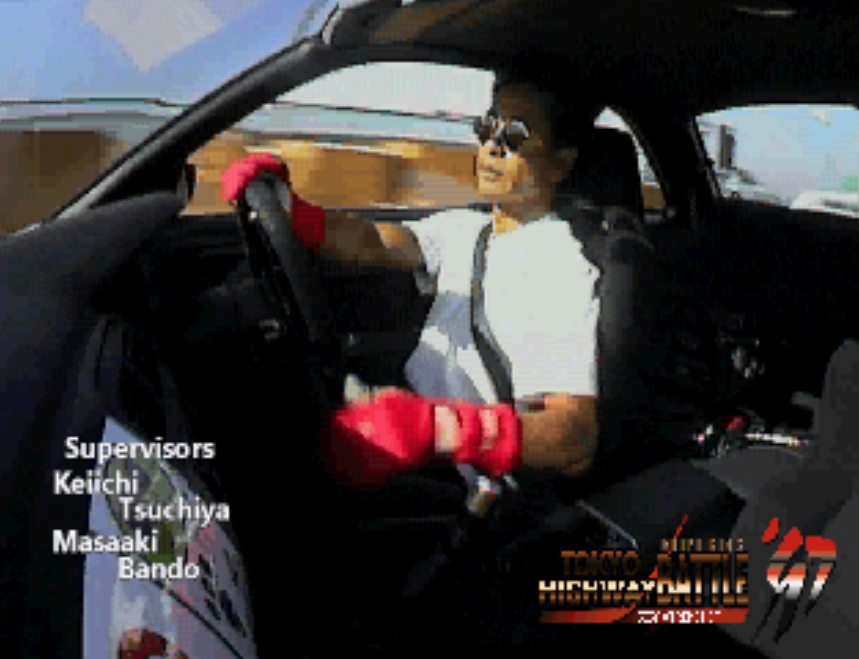 Finished all the engine mod descriptions, after I finish the intake ones I'll go back and redo all the menu dialog in "refined English"
I also uploaded the changed files to my google drive for the next time I screw up

I am pretty happy with the results despite it being an incredible amount of work.

People better play this darn game when I'm done. I expect the shiro show to spend weeks singing my praises and Pandamonium to do a youtube video on it! /S 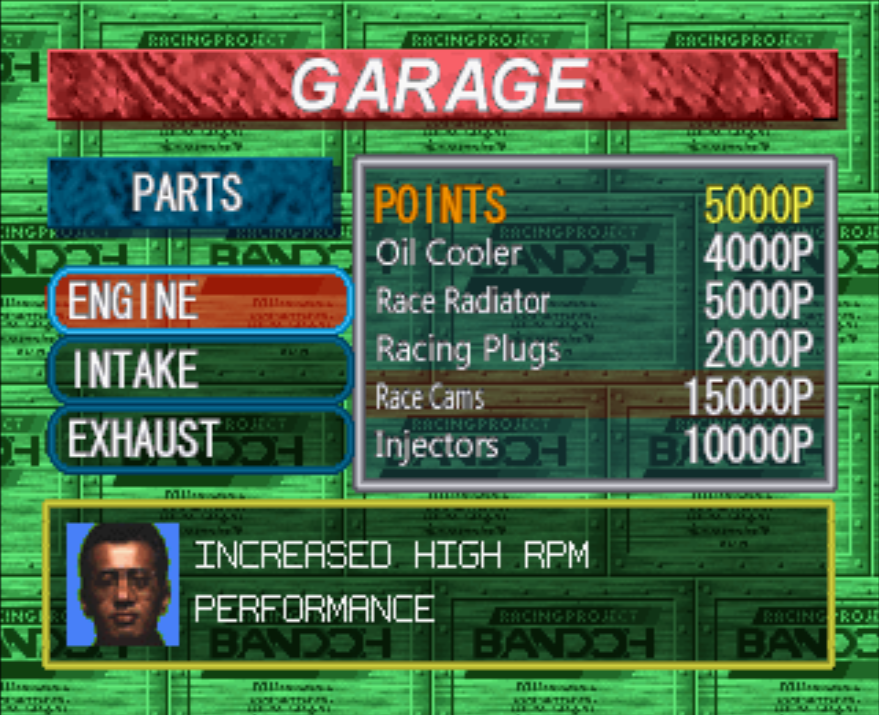 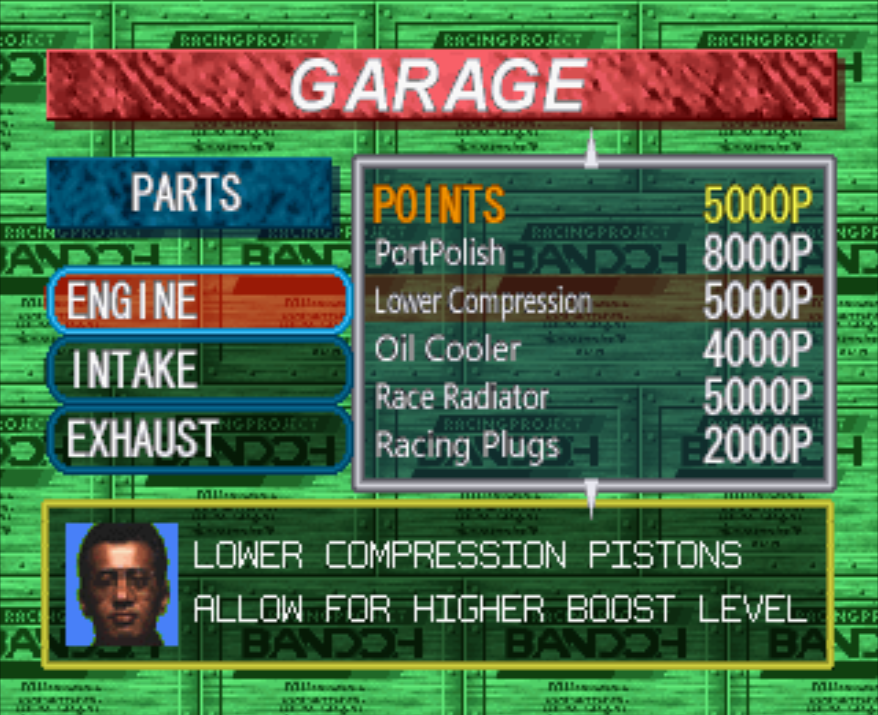 I found myself rewriting the descriptions to use up all the available font space when possible.

All the in game menus are done.
The Garage is 100% translated in refined English including the tuning options, parts, settings, etc.

The only 2 items left are subtitling or dubbing the videos and the driver Dialog.

1 Driver is 100% complete in this build. Mr. Walrus himself, Craig Stadler. 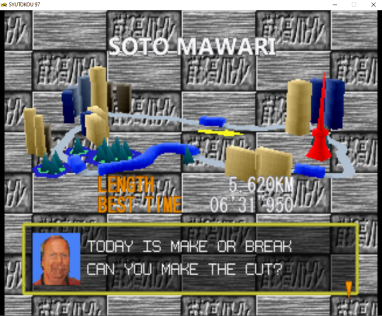 The game is perfectly playable, but the driver dialog will look like a random mess of Japanese and English characters; that's the price you pay to edit tiles to double up the amount of room you have for English. Custom tile count is at 280 not including Garage Part name tiles.

so the private beta build is out and Danthrax found a few things that need buttoned up, but Im still on pace for a final release tomorrow 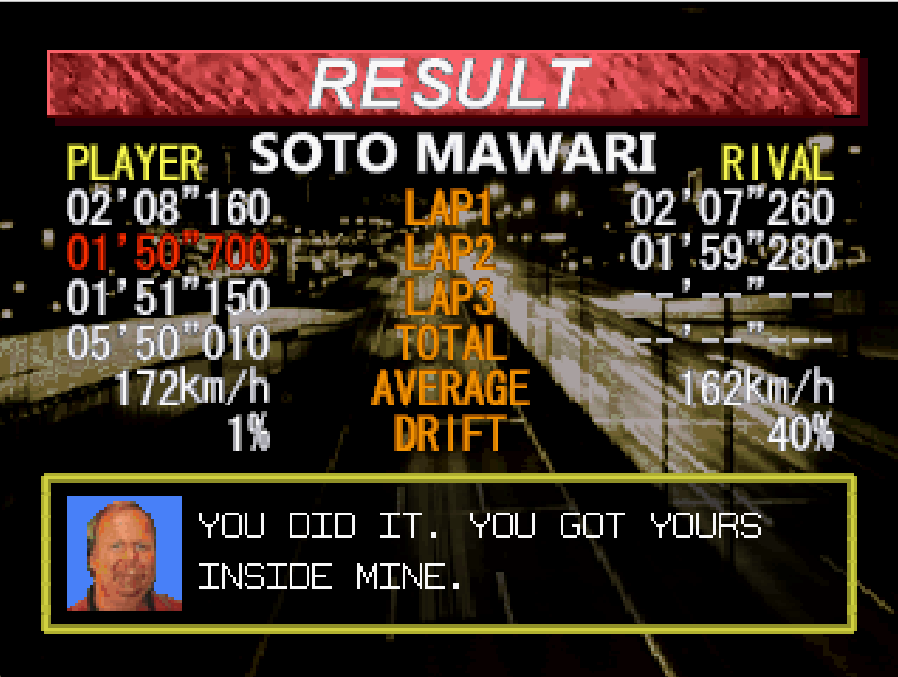 the "complete" version is up. Videos have closed captioning but theres an issue with the water mark. they'll get redone sometime in the future. 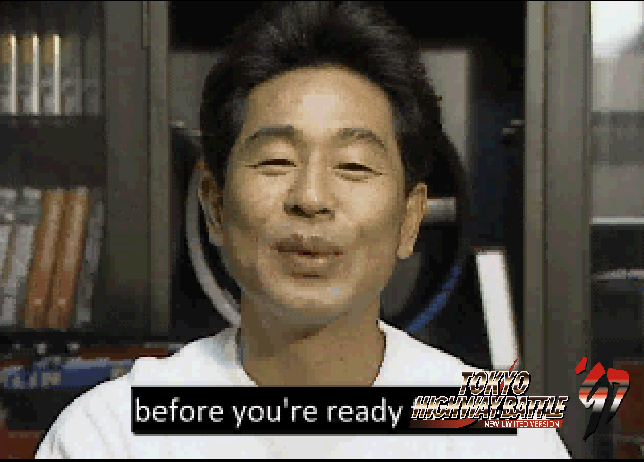 If youre using an emulator, just disable VPD1

For those curious what Masa would say if he was still in the game, here ya go: 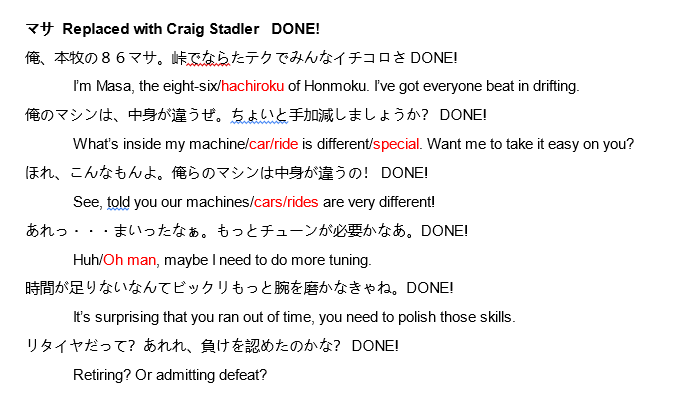 Gear Supporter
I've been waiting to beat this until now. Let's go.

Wow this is great!

FUN FACTS!
Project took just over 4 months and about 400 hours total.
Over 360 new custom text tiles were made.
Over 100 garage part tiles were made.
You can win the first 3 races without upgrading your car at all!

There is an update that will be uploaded soon-ish:
Version 1.02
removed old place holder text for the drift king course descriptions.
Added refined English for those races.
Corrected translation for abadnoning the Drift King Race
Big thanks to SaturnDave for letting me know about these!
Corrected translation for losing to Joe
Redrew a few tiles for clarity.
Added SX shout out (thanks to Trekkies!)

Just uploaded the final version, that is unless there are any issues I missed. 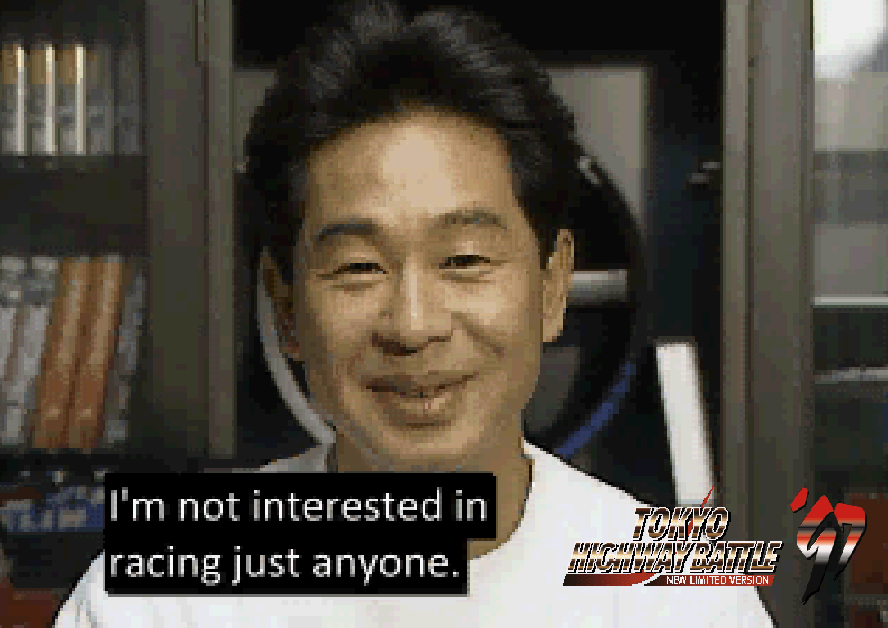 malenko said:
Just uploaded the final version, that is unless there are any issues I missed.
View attachment 7797
Click to expand...

thanks a lot @malenko . any interrest in Code R (it has story) or initial d
You must log in or register to reply here.