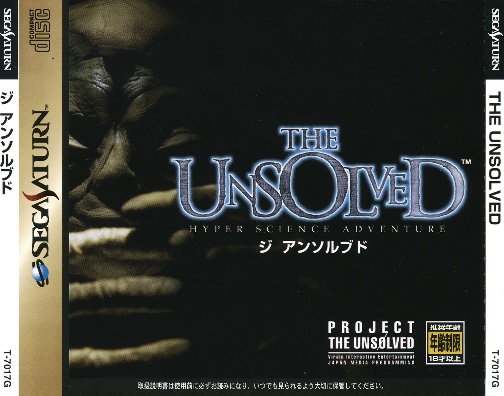 Your character is a news reporter who is demoted to the trash department and must investigate supernatural stories. The game often asks your opinion and dependant on your choices you can investigate different places/people, which adds to the replayability. There are lots of different paths to progress, but beware if you continue down the wrong path for too long it will become game over. Luckily, you get to save at fairly regular intervals so don't lose massive amounts of progress. When the player gets to select a choice the game uses a four point scale that basically equates to strongly disagree, disagree, agree, strongly agree. Being in Japanese the game is pretty much unplayable for people who are English language only.

There is a lot of text to translate and the game comes on 3 discs. It is anticipated that each disc will be getting released for beta testing as it is done. People can therefore either wait until the entire game is complete or get involved with beta testing/ play it as each disc is ready.

It should also be noted that in my opinion this is a game aimed at adults as it contains foul language, drug use, sexual references, alien activity, mutilation, and murder.

This is a teaser trailer and will be followed by a video of the game being played. The game is progressing well through the story/ menus, but there is still a lot to do being a three disc game. It is not anticipated it will be released any time soon."

An interesting project !
B

I wish you the best for this project. I'll check it

Staff member
You must log in or register to reply here.