Gear Supporter
These forums are getting whacky.
Here is my thing. 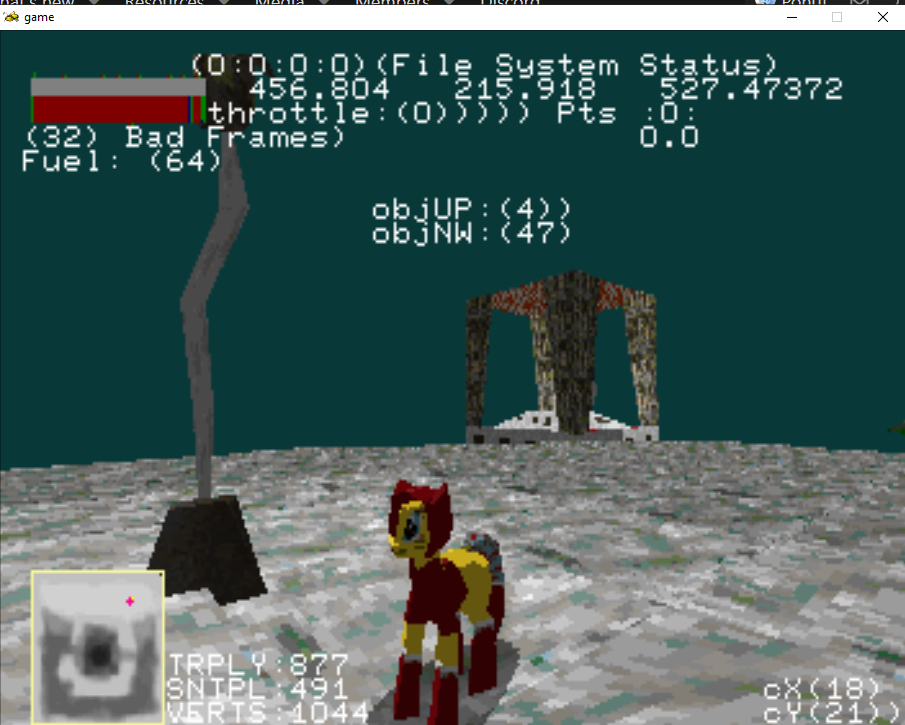 The game takes awhile to load. You can see the # of files left to load at the top.
I forget the controls exactly, I think A jumps, right bumper jets, and left bumper slides?
X turns camera left, Z turns camera right, Y turns camera up, B turns camera down
press START to reset your position
the while marble podium is the gate back to level 0. (Oops! I left debug text on the screen!)
All the assets were very _very_ rushed (all made after Dec 22nd), but the code is cumulative work.
Sadly I did not have enough time (literally cutting it to the last minute here) to get better sounds for the season. Sorry!
Hopefully it doesn't crash! Game will not behave well if it slows down either. Sadly did not test on real HW, don't know how reliable it is.

Already 6 minutes. Here's a correction of the oopsie: removed the debug text.
This also has the bin and cue....

/e: **would've thought this goes without saying, but the approved emulators are SSF and Mednafen**
**Yabause and its forks crash, Bizhawk does not work properly either**

/e2: I don't feel great pushing patches so quickly like this, especially after what Emerald Nova went through to get done what he did. All the same, the game was fundamentally broken in two ways -- ways that disrupted the functionality of other person's work, as well.
The first is I had done memory allocations that I had not tested on real hardware, which caused the game to outright crash.
The second is I had done updates / changes to the M68K driver which I had not tested on real hardware, which have broken it on real hardware. I have grabbed a rolled back version and will be pushing it to GitHub very soon.
Finally I'd like to say that I have made changes to the game to ensure the performance is up to par. I had time to test on real hardware, so I did, and discovered that the game simply was not up to my standards. I reduced the map texture resolution from 32x32 to 24x24 and simplified a couple models. I am deeply sorry if anyone tried to play the game as originally published. Not only that, but I forgot to add the credits!

Updated code (bugs and all) now available on github: ponut64/stuff

What first started as a port of ndiddy's code base from SBL to Yaul, ended up as a new-ish game with major changes to the code base. 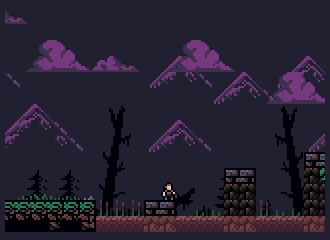 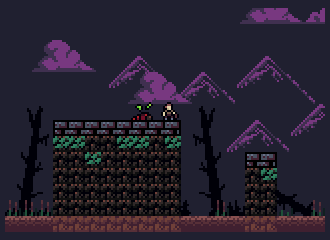 I feel like a dolt, I thought I had till the end of the day to submit my mostly done FireProS translation :/
No chance to win with Grandia, Dracula X, etc done anyway <3

Staff member
submit it, in case of, and just to participate

Patron Supporter
Definitely submit it. It isn't about winning anyway, it is about showcasing our love for the Saturn.

Yeah, the more the merrier. But I think it's pretty obvious that the FDD operator translation patch will win that category. Nothing else can compete with that! 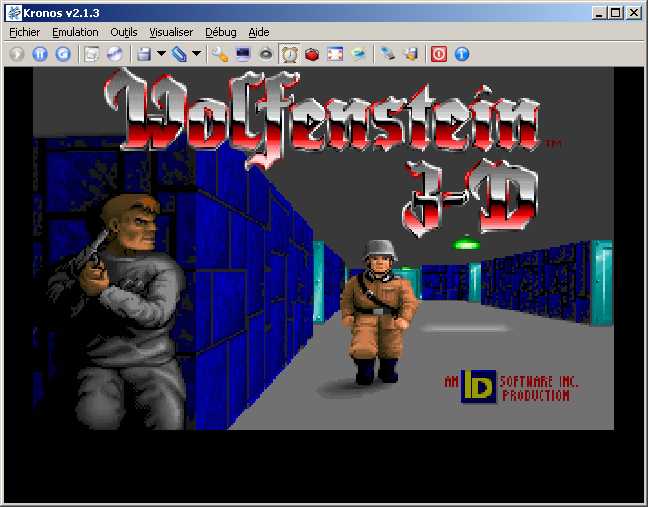 FirePro S Translation Project - Google Drive <-- CLICKABLE LINK
^bin and cue in there, along with the files you can inject into the Japanese ISO if you prefer.

All the wrestlers and reds are done, all the primary menus, all the CAW parts, infact almost all the Create a Wreslter is done besides the moves and AI screens. Slinga was a huge help in getting the wrestlers renamed, even made a save injector for the game. 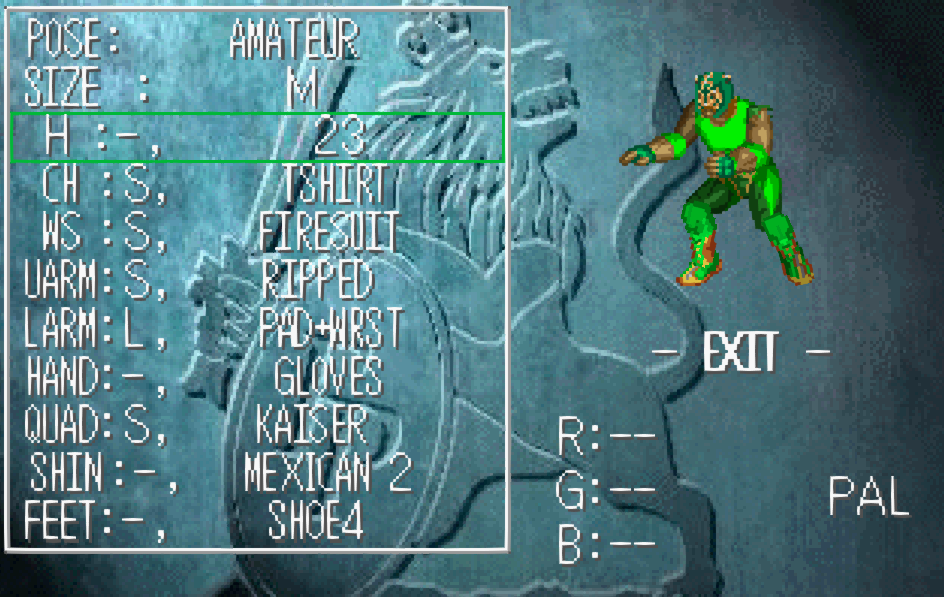 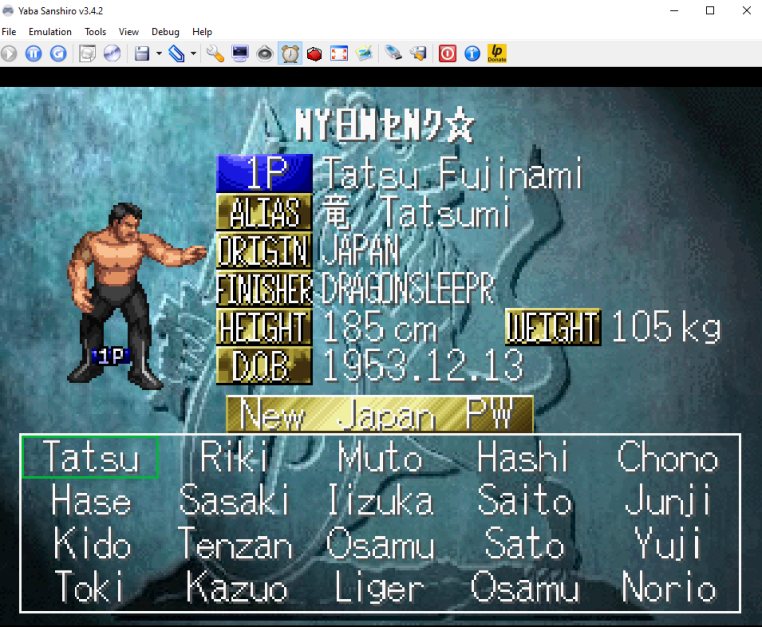 Judge have your entries and will reach a verdict by January 16.
Last edited: Jan 3, 2021

Thanks, this is gonna be an honor to test and enjoy all this proyects.
Seriously, this is something historical in the tiny Saturn community and thanks to the passion and enthusiasm that each participant has put into it, we can have results as incredible and surprising as all these entries.

2020 has been a year to forget in for obvious reasons, but today more than ever I wanted this day 1 to come.

Thanks again, and also encouragement to another good handful of projects that for one reason or another have not been presented today, but in the same way deserve all the respect, admiration and encouragement of the community. The last year contest was awesome, things has only gotten better.

Gear Supporter
So I had a bit of a debacle with the sound driver. If ndiddy's or mrkot's games sound does not work, that was my fault. I hate that. I have rolled back the github and have a fixed binary available there. I can't let that driver get broken again!

Patron Supporter
Here is an ssp of the final fantasy demo in case CDMage is too difficult to understand. It will prompt you to add FFANTASY.BIN, at this time add your NES rom.

Grab the latest patcher in resources to get this to work.

Grab the latest patcher in resources to get this to work.
Click to expand...

Thanks man! I forgot to ask you to do that so it's really appreciated!

Gear Supporter
An update. I will be uploading a video to my yt with this build.
Obviously, this is not the contest entry build. It's better!

Wow! All these submissions were fantastic! All the original games have some amazing potential, and the translation patches blew me away!

It was super difficult to judge these, as I loved them for all different reasons. I tried to base the ranking off a combination of potential, execution, and entertainment level.

That being said, here is my ranking for the 26th anniversary game competition:

Please keep up the work guys! All of these were fun to play for one reason or another, and I'm excited to play more of them!

I will be putting up a video for both the Original and Hacks, Patches, and Translations section to showcase on our YouTube channel at: https://www.youtube.com/channel/UCfTSQ67HNTG7ENRNU_XGFUA

I wanna say first that all the entries deserve praise just for working with a machine so notoriously difficult to get results on. All of you did great work. I was asked to play and judge the entries, and then assign them a ranking. The results are as follows:

Hello! I recently uploaded a video with my review of the games. Overall, I was extremely impressed. It's difficult to rank these since I want each and every one of you to thrive and continue producing these excellent homebrew games and translations. Thank you for expanding the Saturn library, growing the community, and unlocking the hardware's true capabilities. Please keep it up.

The translations in particular all deserve number one. This type of work is admirable, and key to expanding the library to westerners. You are all killing it. Please continue this invaluable work. Tools were also tough to rank, since again, they are extremely valuable even though few people own the hardware it supports. Without software like this, obscure hardware dies. Please do not take this ranking as "last place is bad." You are all doing awesome stuff.

EmeraldNova, thanks again for including me in the judge panel. I would love to do the same next year if you would like.

Every single one of you amazed me with what you were able to accomplish on this machine!
These games, hacks, patches & translations have been a blast to play, and I can't wait to see what they grow into, not to mention what you folks dream up next...

Of course, it wasn't at all easy to rank these with so many impressive showings, but here's my best effort to grade them based on graphical prowess, tight controls, technical achievement and fun factor (how hard it was to put down the controller...)

Thank you all again for these stellar projects! You guys are keeping Saturn very much alive and well in 2021!

What happened to @paul_met? I thought he would entry with the amazing Vandal Hearts translation.
You must log in or register to reply here.